BALDWYNS, A HOUSE WITH HERITAGE

Archaeological records of this area indicate that there has been a building on this site since medieval times although virtually nothing is known of the house or estate during this early period. Baudiwins was given to Lesnes Abbey in the Middle Ages by Sir John Baud. On suppression of the monasteries in 1525 it was held by the Cardinal, and six years later passed to the Crown.

During the 17th century the estate was in the ownership of Calvert and the medieval house was rebuilt. Until 1759 Baudwyns Mansion Villa was owned by Sir Edward Hulse, physician to King George II. Later the estate was sold to the Minet family who occupied continuously from the late 18th century to the early 19th century. The house was rebuilt in the early 19th century and whilst the architect is not recorded it shows similarities with the work of Sir John Soane (d.1837). In 1818 on the death of Isaac Minet, High Sheriff of Kent, the house and estate were sold to a syndicate. The 1865 ordnance survey map shows the house and estate now as Baldwyns.

In 1889 the estate, then extending to 750 acres, was leased to Sir Hiram Maxim. Knighted in 1901 Hiram Maxim, inventor of the automatic gun which was in production at the Vicker’s works in Crayford, later went on to further the development of early flight. Most of his time was now devoted to experimentation and development of a flying machine which was undertaken at Baldwyns.

The steam driven flying machine on completion brought immense publicity when demonstrated to many people at Baldwyns including the Prince of Wales. At this time there were many different concepts of heavier than air flight. Maxim completed his machine and flew it publicly for the first time on 31st July 1894 achieving a horizontal distance of 600 feet a record which he held for over nine years. 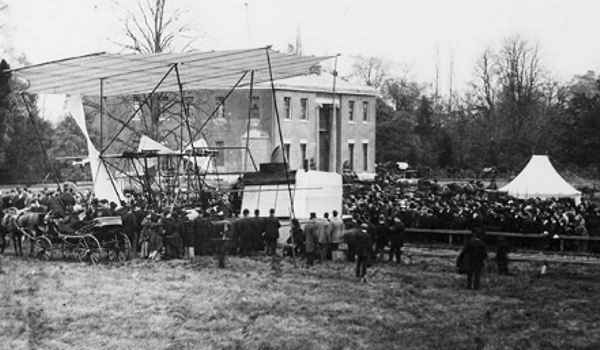 Maxim also gained the friendship and admiration of Rudyard Kipling and HG Wells who based a story ‘The Argonauts of the Air’ on his flying experiments.

Although the Wright Brothers were credited with making the first man powered flight in 1903 it is widely recognised that Hiram contributed significantly to the development of flying machines and the concept of flight. A fine model of his flying machine is on display at Erith Library Museum and Maxim gave a model to the Science Museum where it can still be seen.

The house and estate were bought by the London County Council in 1894 and whilst initially renewing Maxim’s lease for a short term, the whole estate was then taken over and Bexley Hospital opened in 1898. 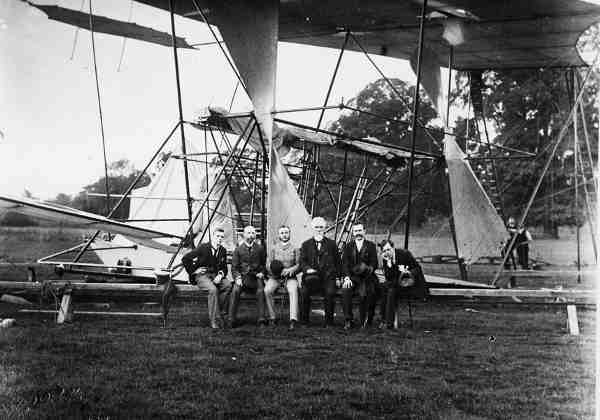 During the late 1890’s Baldwyns Mansion became part of the new Bexley Hospital and served as part of this institution for nearly 100 years until eventual closure in the early 1990’s. During this latter period Baldwyns suffered serious neglect to such an extent that it was placed on the register of Listed Buildings ‘at risk’.

The Local Authority when determining the future use of this large site for residential housing wisely linked the restoration of Baldwyns into the overall consent to build new housing on the rest of the site. Laing Homes acquired Phase II including Baldwyns in early 2001, and needed to satisfy the Local Authority that a plan was in place to ensure the satisfactory renovation and retention of this important building.

Morgan Restoration had recently completed the renovation and conversion of the Historic Buildings which formed the centrepiece of the prestigious award winning Laing Homes development at Langley Park, Beckenham, so it was natural that Laing Homes sought our expertise at Baldwyns.

Baldwyns was acquired from Laing Homes and negotiations with the Local Authority Planning and Conservation team resulted in consent being granted for the restoration and conversion of Baldwyns into 14 residential units, in addition our track record gave the Local Authority confidence to ease the planning conditions allowing more time for the refurbishment programme without delaying the new housing programme.

Years of neglect and vandalism had caused extensive damage to the interior, so much so that all internal structural timber has had to be replaced. The main building however with its three to six brick thick walls was never in any danger. For some reason in years gone by the original pitched roof to the front had been replaced by a flat roof. Unsympathetic additions had been attached to the right hand elevation and the main internal staircase was virtually destroyed by fire. Most of the original features had also been lost during this period.

The first task was to give the front of the building a new and appropriate roof. A roof of the mansard style was selected featuring natural slate and traditional lead clad dormers with Georgian sliding sash windows. The unsympathetic extensions were demolished and replaced with a single better proportioned extension. The building’s original stucco was beyond repair and is being replaced with new ashlar stucco-work. The windows to the front part of the building are new traditional sliding sash windows with specially moulded lambs tongue glazing beads. New French Doors with similar joinery detail to the upper windows have been installed at ground level as evidenced by early photos of Baldwyns.

The entrance hall is being restored with new plaster cornicing, moulds having been taken from the few remaining parts. New skirtings and architraves have been machined to copy the originals. A new grand staircase has been made to replicate exactly the original.

Baldwyns is now a building of two parts, the main front part accessed via the front door consists of seven apartments, 3 ‘lofts’ and 4 ‘Regency’. The rear consists of the 5 ‘Victorian apartments’ and last but not least the 2 ‘houses’.

The ‘LOFTS’ are a surprise in this Georgian mansion featuring double and triple height galleried living spaces, carved out of the principal ground floor rooms, featuring glass balustrades, even a stainless steel walkway in one!

The ‘REGENCY’ apartments are more conventional situated on the first and second floors of the front part of the building, those on the second floor each have a ‘secret’ roof garden.

The ‘VICTORIAN’ apartments are on the ground and first floors to the rear and some have their own external entrance doors.

The ‘HOUSES’, one of three bedrooms and one of two, each have their own private entrances and consist of a corner of the building; both have private gardens to the rear backing into native woodland.

The apartments are all contemporary in style and built up to a specification not down to a budget. Kitchens feature stainless steel appliances with granite worktops, bathrooms are fully tiled with Philippe Starck taps, all walls are properly plastered (not just plasterboard filled and painted)

As restoration developers, we have many years experience in bringing new life to old buildings, recently converting and restoring the historic buildings (including the Grade II* listed chapel) that form the centrepiece of the prestigious Laing Homes Langley Park development in Beckenham, Kent. This development achieved three London Borough of Bromley awards including the ‘Best of Bromley’ award for 1999.

Our contribution to the Build Heritage was also recognised in 1997 winning the Sevenoaks Design Award, and we have been put forward for the 2002 Bromley awards with our most recent project at 15 Sundridge Avenue, Bickley, the restoration and conversion of a Victorian Gentleman’s residence into 10 residential apartments. 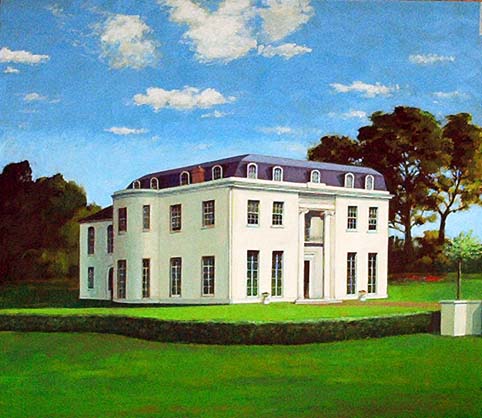